Edgar Degas and his paintings 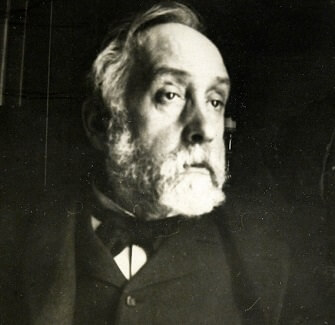 Edgar Degas was a French artist born in the city of Paris. His full name was Hilaire Germain Edgar, and he has lived all his life in his hometown. Edgar's father was a banker by profession, and his mother was originally from New Orleans, in the United States.

As a child, Edgar had a deep passion for music as his mother was once an opera singer while his father used to arrange music for recitals held in the Degas' home. To pursue his love for music, Degas was sent to the Lycee Louis-le-Grand where he took up classical education.

In addition to music, Degas was skilled in painting and drawing. He found support and motivation from is father who was talented and passionate about art. By the time he was 18 years of age, Degas had a rare opportunity to copy or replicate art techniques by various artists whose works were featured at the Louvre. With this opportunity, he was able to create exceptional copies of Rembrandt paintings while studying the styles of Johannes Vermeer and Eugene Delacroix, among other contemporary painters.

In the year 1955, the young artist was admitted to the Academie des Beaux Arts, which is now known as the Ecole des Beaux-Arts. After about a year of studying in this institution, Degas decided to leave school and pursue more time in Italy where he learned to paint and explore numerous places in this fine country.

While in Italy, Degas decided to copy some of the works of Leonardo da Vinci, Michelangelo, and Caravaggio who were considered as some of the artist's inspirations. The masterpiece of these artists became the source of inspiration to the young artist.

He finally returned to Paris, during the year 1859. By this time, he was already creating a great image as a painter. For Degas, he was more fascinated with the traditional approach of painting where he featured great historical scenes and large-scale family portraits. When he decided to submit some of his works to the Salon, he encountered certain challenges along the way. The Salon was led by French artists and mentors who also took the lead over public exhibits.

Art is not what you see, but what you make others see.“
- Edgar Degas

However, the group had a conventional concept of beauty. They ended up making Degas feel as though his works did not matter, and these were quite tough to handle. So he improved his style when he met Edouard Manet who was his fellow artist. According to Degas, artists should consider taking a newer approach to painting, as reflected in his works.

In the year 1868, the artist was tasked to become among the members of avante-garde artists throughout that time. These renowned artists included Paul Cezanne, Claude Monet and Vincent van Gogh. They frequently met at the Cafe Gerbois in France where they discussed different modern art techniques that were often presented in their artworks.

The group meetings held at that time also took place during France's difficult period in history. By the time wars ceased, the Paris Commune was able to hold great control of Paris for about two months. This period ended when Adolphe Thiers successfully led a bloody civil war that helped rebuild France's Third Republic. Degas was able to spare himself from the difficult times caused by the war as he visited his relatives in the United States, particularly in New Orleans.

When Degas returned to his hometown in 1873, he was joined with other artists including Sisley and Monet who made up the Societe Anoyme des Artistes. The group was dedicated to setting up art exhibits that were not under the control of the Salon. Eventually, these became the very same artists who referred to themselves as Impressionists. These artists also held their initial impressionist exhibition in 1874. Among the subjects featured in Degas' work were images of women set in modern times such as ballet dancers, laundresses and milliners.

No art is less spontaneous than mine. What I do is the result of reflection and the study of the great masters.“
- Edgar Degas

As the years passed by, the group of artists had eight other impressionist exhibitions where Degas often featured his own works. Several works by Degas were featured here including The Dance Class, The Dancing Class, Dancers Practicing at the Bar, and Woman Ironing. He also had a famous sculpture called The Little Fourteen Year Old Dancer, which became controversial, yet admirable at the same time. During his life, ballet dancer is a subject that Edgar Degas always returns to, as artists have always returned to beloved themes - Van Gogh his Self Portrait, Cezanne his Apples, and Monet his Water Lily Pond.

Edgar's final exhibit featuring his impressionist artworks was in 1886. Here, he presented ten of his paintings, and these all included nude women in different bathing stages. However, these paintings also became the common topic of controversy. For instance, there were some people who referred to the women featured in the paintings as ugly while others considered his works as a brilliant means of presenting women based on his particular theme.

Despite the criticisms, Degas continued to paint nude women in various backgrounds. His works also commonly included dancers, where he successfully showed a dancer's humility and grace both at the backstage and during the performance.

Degas lived an interesting life throughout the 20th century, as he earned much praises and respect for his works. However, he was not as active during this period as he was more involved in becoming an art collector and promoter of his masterpieces. The artist was also never married, yet he became involved with a number of women.

Painting is easy when you don't know how, but very difficult when you do.“
- Edgar Degas

Although the artist was regarded as among the finest impressionist painters in the world, his works had mixed reviews from people in the following years after his death. Some people viewed him as too involved in presenting women in sexualized portraits, which was one of the reasons why the artist was alienated from the modern art critics.

Nevertheless, it is worth noting that his early works were indeed impressive and inspirational at the same time. Thus, this artist is indeed among the best ones in history who is worth all the praises he received in his lifetime.