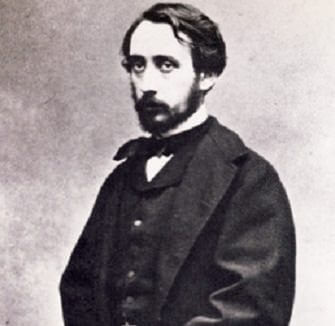 Edgar Degas was a sculptor and great impressionist painter in the 19th century. His work was a crucial contribution to the art world. Most of his work was in dance, he regularly visited the opera house. There , he would watch the dancers as they danced. He would commit this to memory and later come up with amazing paintings.

He was born in 1834 on July 19 to a wealthy banker. His mother was from the State of New Orleans, in the United States. The family was of middle class status but feigned nobility. This is most obvious in how they chose to pronounce the Degas name 'de Gas'. This was in a deliberate ploy to suggest that they had roots in the aristocratic bloodlines of France. However, this was not the case. At an early age, he was enrolled in the premier Ecole des Beaux-Arts located in Paris, France. Two years prior to joining, the young master was allowed to copy the work of masters at the Louvre. This was a common practice back then, where young, hungry, aspiring painters would seek to get their inspiration by replicating the work of the old masters.

However, Degas left the art school after a year of study. The next three years were spent travelling studying and painting in Italy. He made stunning replicas of Italian masters such as Da Vinci, Sandro Botticelli, and Michelangelo. This classical style remained with him throughout his life, appearing even in almost all his works.

When he returned to France, he began to try and build his name. His initial works centred around great historical scenes. His works such as 'Scene of War in the Middle Ages' and 'Semiramis Building Babylon' are some that stand out as exceptional. In addition, the young artist would paint impressive family portraits, for instance, 'The Daughter of Jephta'.

In addition, Degas attempted to submit his work to the salon. This was basically a group of French painters and tutors who made the de facto art committee of France. In order for one's work to have been considered as exception, this click of individuals needed to accept it. They viewed the work Degas had presented to them with much indifference and were not impressed. However, their disappointed did not dampen him. He refused to be tied down by the traditional styles of painting that existed during that time. As a result, the master began to team up with like-minded artists who felt that the Salon was stifling creativity. Personally, Degas wanted to experiment with colour.

One of the artists who he befriended at this time was Eduard Manet. They met by chance at the Louvre, which Degas still frequented. Their common belief that the Salon was not the future of art strengthened their friendship. They also belief that art should explore more modern subjects than was permitted by the Salon. By the end of the 1870s, Degas had become an influential member of this click of anti-establishment artists. They would regularly meet at a popular meeting point in Paris to discuss their longing and desires for change. However, in 1870 when the Franco-Prussian war broke out, Degas immediately signed up for combat duty. When the war concluded in 1871, it was a very difficult time of civil war in France for about two months. Degas was able to escape form this turmoil by moving to New Orleans, in the United States. This had been the original home of his birth mother, who died while Degas was still young.

When Degas finally returned to Paris in 1873, he joined up with his old gang of anti-establishment artists. This group included other renowned artists such as Monet, Cezanne, and Pissarro. They decided to cut off all ties with the Salon and form their own independent society of artists. However, this earned them the scorn of journalists with one of them referring to their displays as mere impressions. However, the artists accepted this label and it came to define them. By the time of the artists' first exhibition, Degas had already discovered that his source of inspiration was his birth city of Paris. During the exhibition, he presented paintings of theatres, operas, shops cafes and studios. This is seen in works such as 'Musicians in the Opera' and 'Foyer de la Danse'.

However, Degas was already aloof even among fellow impressionists. He thought of his style of painting as unique, referring to himself as a 'realist' painter. Essentially, he wanted to capture real life scenes on canvas. Although most of the works tended to look random, he would actually spend quite a lot of time designing his next project. However, his style was similar to that of other impressionists in that he regularly experimented with lighting, colors and the angles of objects. However, his major breaking point with the Impressionists was the lack of outdoor works.

Degas would regularly visit the opera house to observe the dancers. While there, the artist would go backstage and make beautiful paintings of the dancers. This accurately captured their effort. In addition, Degas was interested in capturing the essence of their energy on canvas. It is interesting to note that he made more than a thousand paintings of dancers throughout his life.

Towards the end of his life, Degas suffered blindness. This caused him to engage in sculpture art. However, throughout his entire life, the artist only had one sculpture exhibited. It is known as 'The Little Dancer of Fourteen Years'.

Edgar died at the ripe age of 83. However, he never got married in his entire life. His contribution to the art world is undeniable. However, his political views were controversial even at the time causing him to lose quite a number of friends. He is most remembered for his paintings of ballerinas. His work served as a great inspiration to some of the greatest artist in recent memory, one of this is Pablo Picasso. He continues to serve as an inspiration to many other artists even today. His works can be found in most of the major art museums around the world.